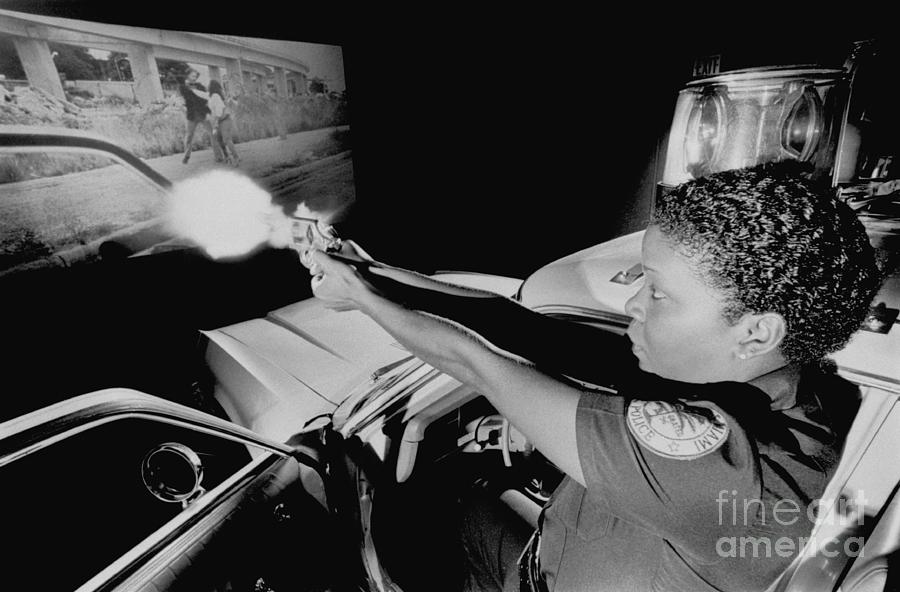 (Original Caption) Shown in photograph made November 14, 1984 is Miami police officer Tina Hicks, who is the simulator trainer and operator, firing a blank from her .38 Cal. service revolver at the wall-size screen. On the screen is a slide showing an armed hooker struggling with a John under the Miami Metrorail people mover. Officer Hicks, who is standing by a squad car installed in the simulator, says she is shown making a serious mistake by firing her weapons in this situation, since the two subjects are so close together.