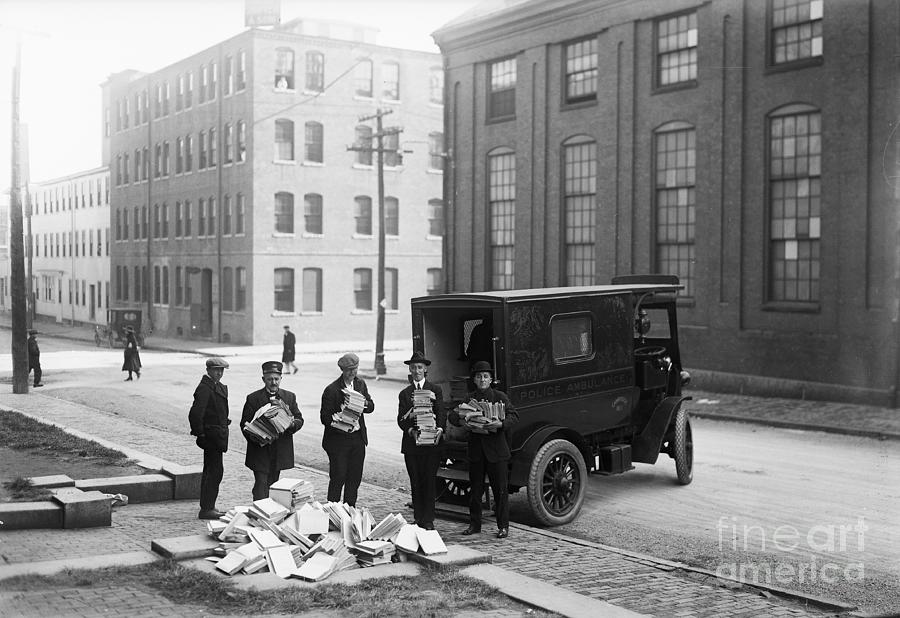 (Original Caption) 11/11/1919-Boston, MA-: Photo shows officers and clerks loading a police ambulance with Red literature seized at Communist headquarters in Cambridge, within a stone's throw of Harvard University. The raids in Boston were similar to those conducted in many of the larger cities of the country. So great was the demand for patrols that this Police ambulance had to be requisitioned.