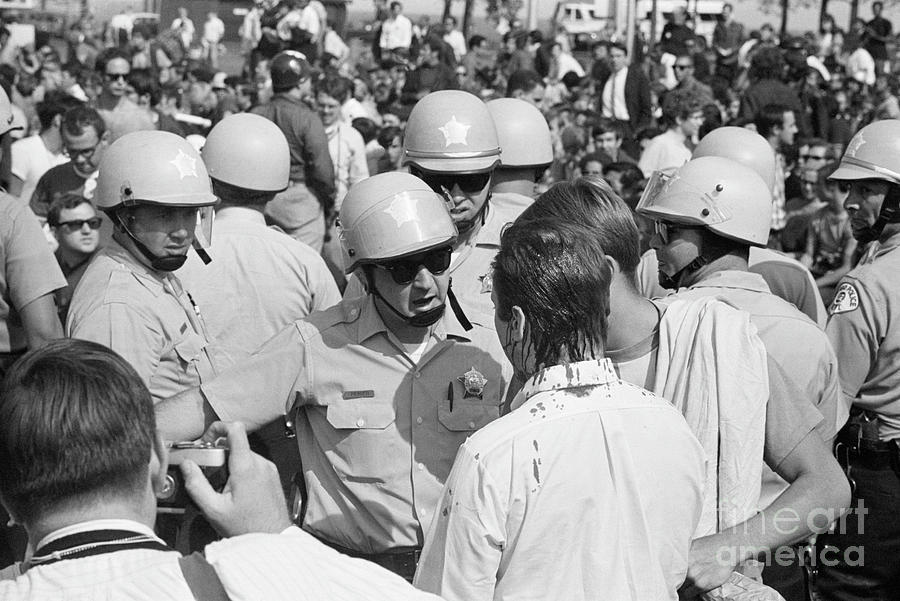 (Original Caption) 8/28/1968-Chicago, Illinois- Helmeted police confront anti-war demonstrator bleeding from the top of his head onto his neck and shirt. The demonstrators were preparing for a forbidden march on the Democratic National Convention when a youth in hippie garb climbed a flag pole on the lake front, and attempted to lower the U.S. flag. As police pulled him down, disorder erupted.