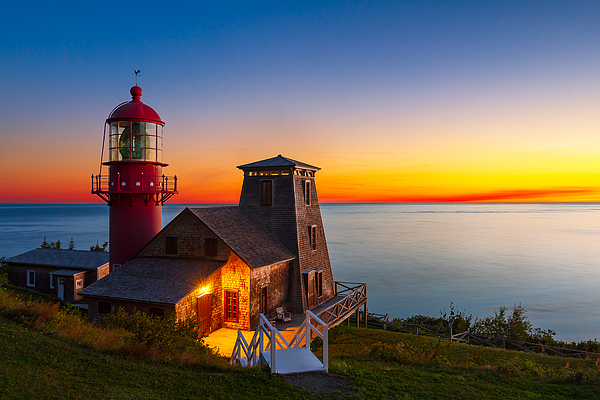 A typical view of the Pointe-à-la-Renommée lighthouse at sunrise at the end of summer 2018. Also called Fame point it was first built in 1880 and replace in 1907. From 1977 to 1997 it was exiled in the old port of Quebec city and then rapatriated thanks to the efforts of the citizens of the nearby village l'Anse-à-Valleau. This the most traveled lighthouse in the world!