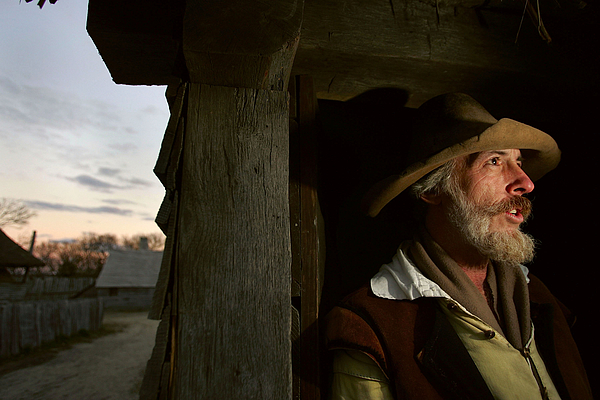 PLYMOUTH, MA - NOVEMBER 17: John Billington stands in the doorway to his home at the 1627 Pilgrim Village at "Plimoth Plantation" where he and other role-players portray Pilgrims seven years after the arrival of the Mayflower November 17, 2005 in Plymouth, Massachusetts. The 17th century replica village was the site of the first Thanksgiving in 1623. Thanksgiving Day, believed to have originally taken place at the end of July, was established as a national holiday by U.S. President Abraham Lincoln in 1863 and is celebrated on the last Thursday of November. (Photo by Joe Raedle/Getty Images)