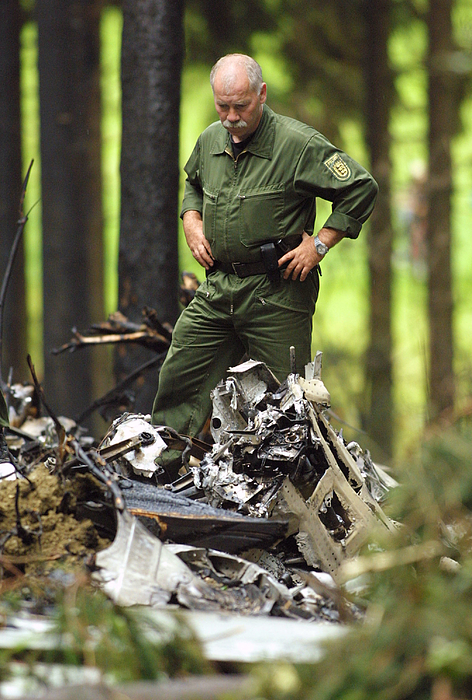 TAISERSDORF, GERMANY - JULY 2: A German policeman stands over the wreckage of a DHL Boeing 757 cargo plane July 2, 2002 in a forest near the town of Taisersdorf, Germany. The aircraft collided with a Russian Bashkirian Airlines Tupolev-154 passenger plane during the night and at least 71 people, including 52 children and teenagers, are feared dead. (Photo by Sean Gallup/Getty Images)