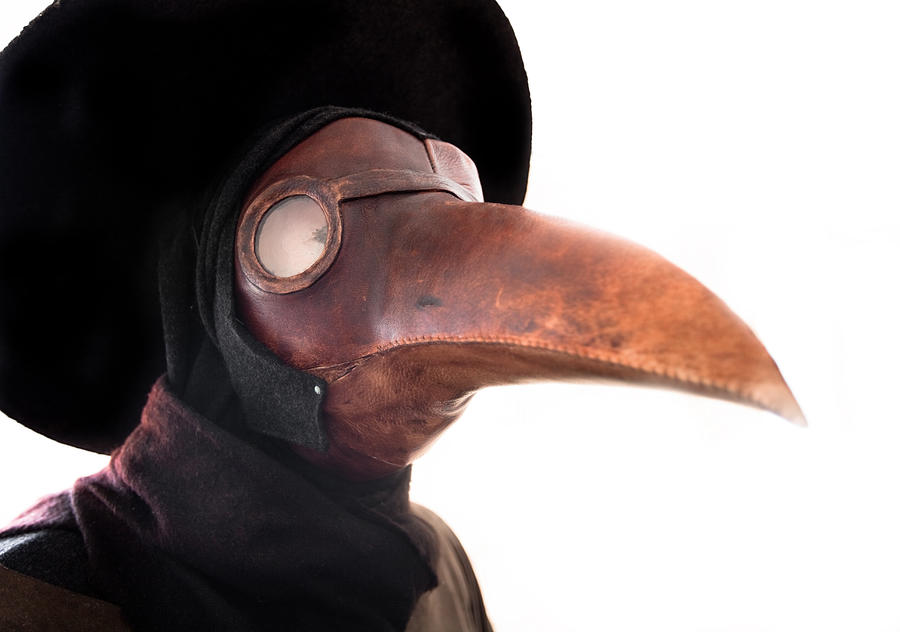 A primitive gas mask in the shape of a bird's beak. A common belief at the time was that the plague was spread by birds. It was thought that by dressing in a bird-like mask, the wearer could draw the plague away from the patient and onto the garment the plague doctor wore. The mask also included red glass eyepieces, which were thought to make the wearer impervious to evil. The beak of the mask was often filled with strongly aromatic herbs and spices to overpower the miasmas or 'bad air' which was also thought to carry the plague. At the very least, it may have served a dual purpose, also dulling the smell of unburied corpses, sputum, and ruptured bouboules in plague victims.