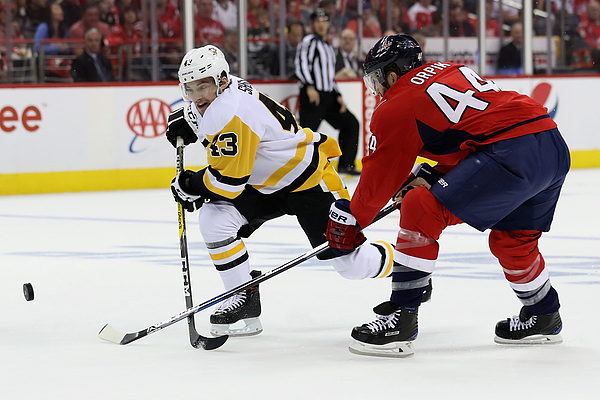 WASHINGTON, DC - APRIL 29: Conor Sheary #43 of the Pittsburgh Penguins and Brooks Orpik #44 of the Washington Capitals go after the puck in the first period of Game Two of the Eastern Conference Second Round during the 2017 NHL Stanley Cup Playoffs at Verizon Center on April 29, 2017 in Washington, DC. (Photo by Rob Carr/Getty Images)