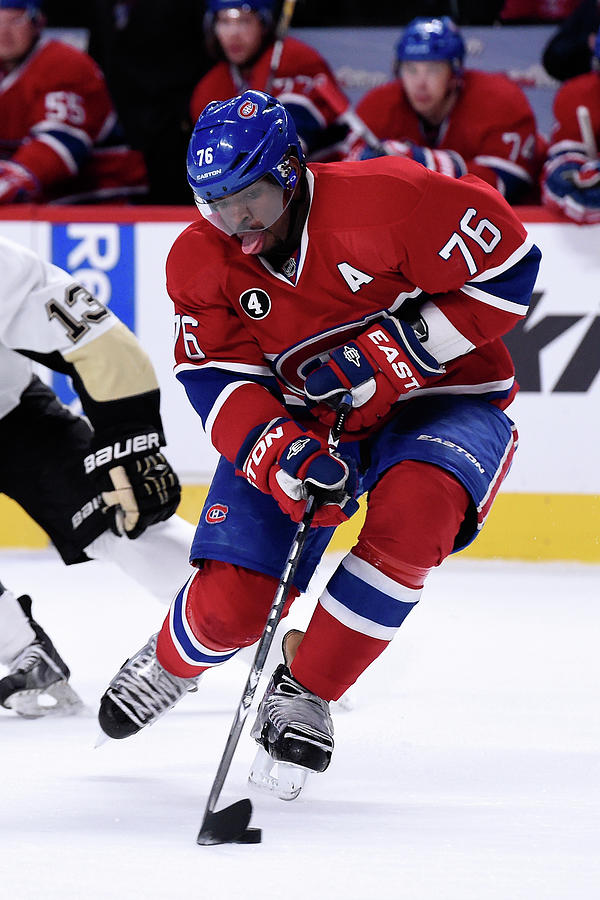 MONTREAL, QC - JANUARY 10: P.K. Subban #76 of the Montreal Canadiens skates with the puck during the NHL game against the Pittsburgh Penguins at the Bell Centre on January 10, 2015 in Montreal, Quebec, Canada. The Penguins defeated the Canadiens 2-1 in overtime. (Photo by Richard Wolowicz/Getty Images)