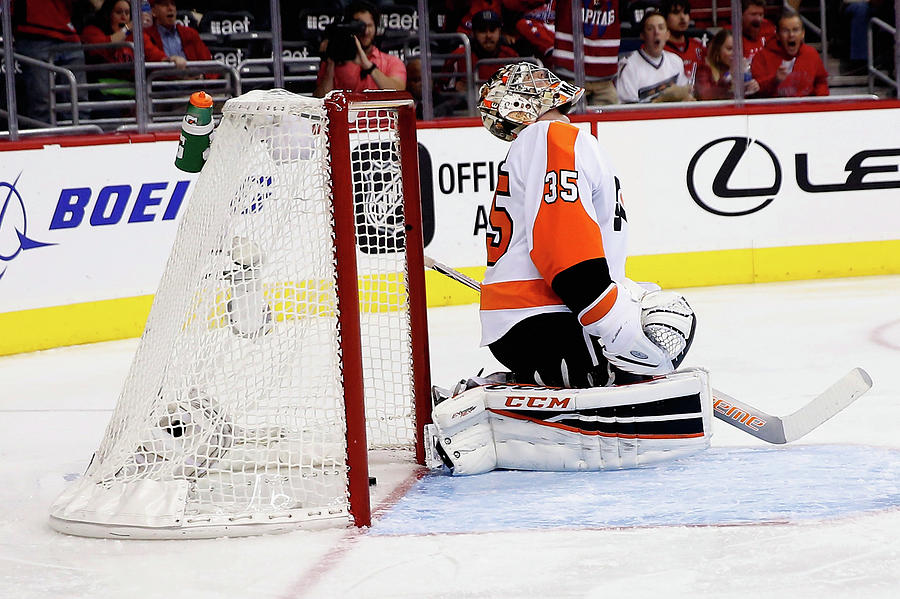 WASHINGTON, DC - APRIL 16: Goalie Steve Mason #35 of the Philadelphia Flyers reacts after giving up the second goal to the Washington Capitals in the second period of Game Two of the Eastern Conference Quarterfinals during the 2016 NHL Stanley Cup Playoffs at Verizon Center on April 16, 2016 in Washington, DC. (Photo by Rob Carr/Getty Images)