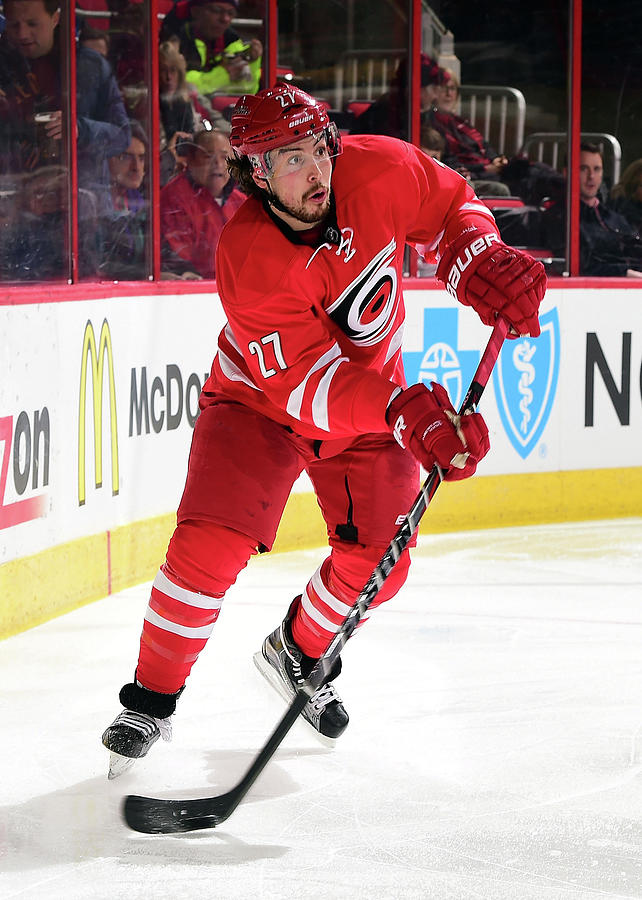 RALEIGH, NC - FEBRUARY 24: Justin Faulk #27 of the Carolina Hurricanes looks to pass the puck as he maneuvers behind the net during an NHL game against the Philadelphia Flyers on February 24, 2015 at PNC Arena in Raleigh, North Carolina. (Photo by Gregg Forwerck/NHLI via Getty Images)