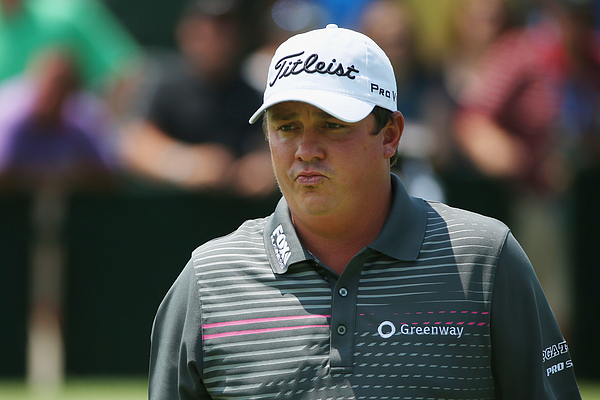 LOUISVILLE, KY - AUGUST 04: Jason Dufner of the United States looks on from the practice range during a practice round prior to the start of the 96th PGA Championship at Valhalla Golf Club on August 4, 2014 in Louisville, Kentucky. (Photo by Mike Ehrmann/Getty Images)