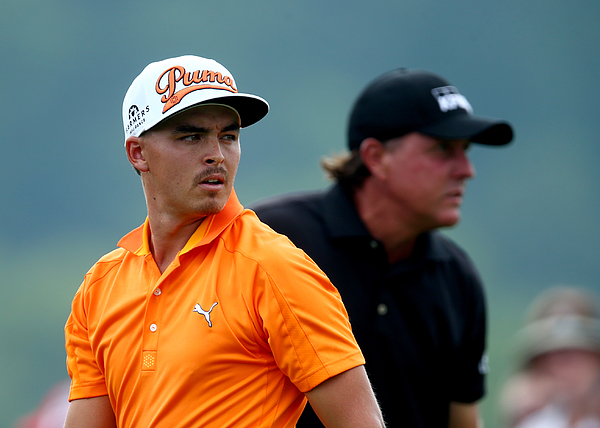 LOUISVILLE, KY - AUGUST 10: (L-R) Rickie Fowler of the United States and Phil Mickelson of the United States look on from the first hole tee during the final round of the 96th PGA Championship at Valhalla Golf Club on August 10, 2014 in Louisville, Kentucky. (Photo by Jeff Gross/Getty Images)