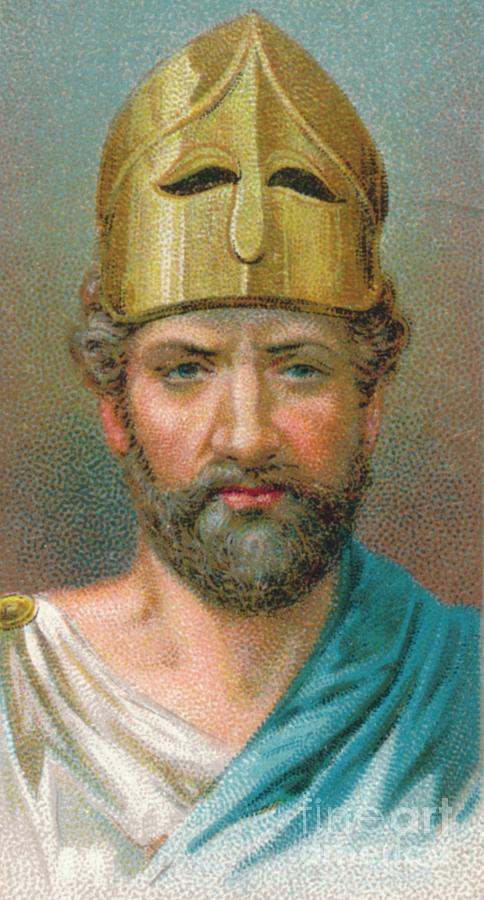 Perikles, Athenian statesman (c490-429 BC), Roman, 2nd century BC. Perikles (Pericles) led the democracy of Athens at the height of the city's power and influence. He gathered around him a circle of poets, architects and artists, whose works include a programme of renewal of the principal religious and civic buildings of Athens. The crowning glory was the Parthenon, erected on the Acropolis between 447 and 432 BC. Perikles was famous for the power of his oratory, that enabled him to rule Athens almost without opposition. Taken from the 'Leaders of Men' cigarette cards produced by Ogdens 1924. (Photo by The Print Collector/Print Collector/Getty Images)