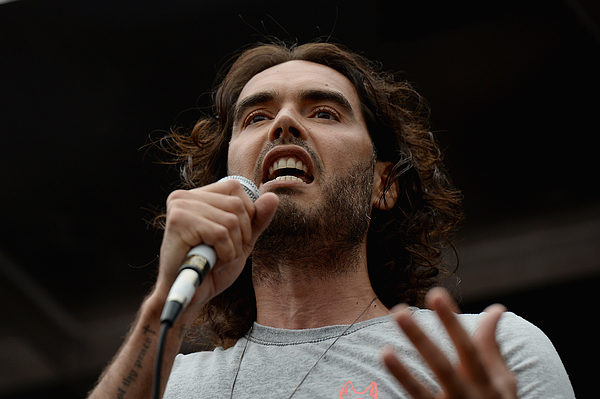 LONDON, ENGLAND - JUNE 20: Comedian Russell Brand speaks to thousands of demonstrators gathered in Parliament Square to protest against austerity and spending cuts on June 20, 2015 in London, England. Thousands of people gathered to march from the City of London to Westminster, where they listened to addresses from singer Charlotte Church and comedian Russell Brand as well as Len McCluskey, general secretary of Unite and Sinn Fein's Martin McGuinness.> on June 20, 2015 in London, England. (Photo by Mary Turner/Getty Images)