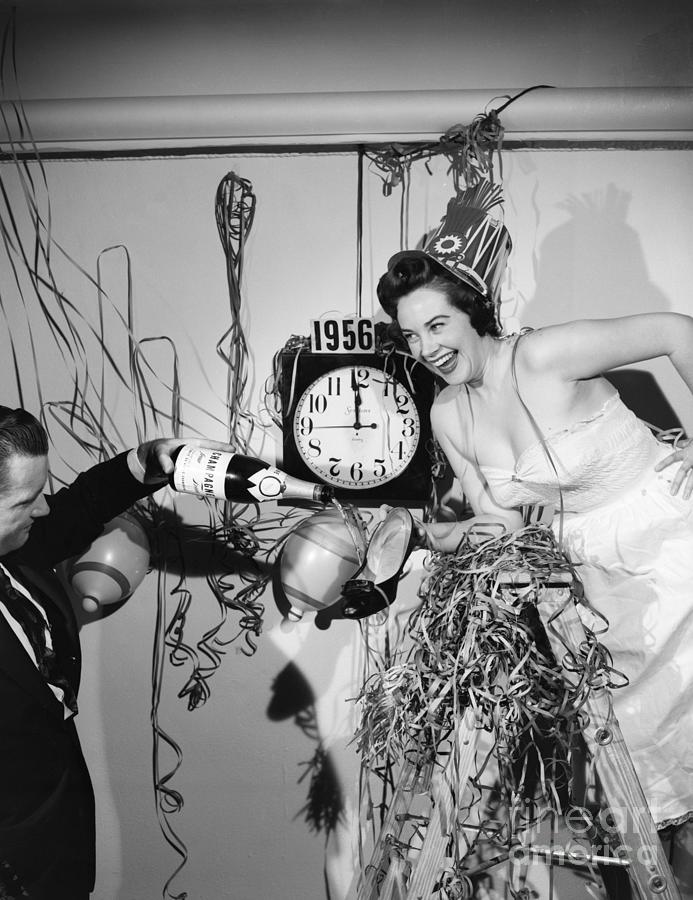 (Original Caption) 12/31/1955-New York, New York- Like the blades of scissors, the hands of the clock are close to snipping off an another year, and gleeful Dorothy Rowand, of New York City, is bewitched but not by the clock, but by the stream of golden, bubbly champagne being poured into her slipper to toast the going of the old year and the birth of 1956. Someone estimated that Americans will quaff no less than 1,500,000 of French champagne to christen the New Year.