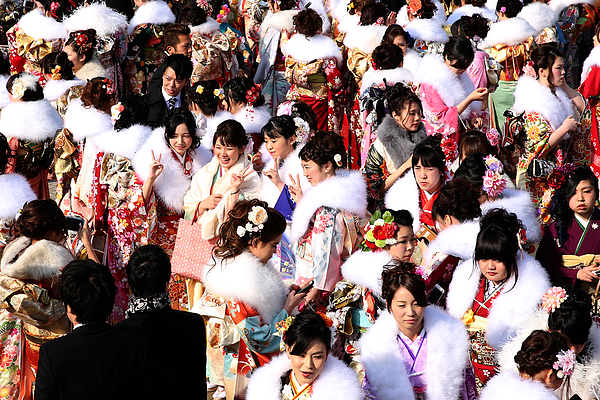 KOBE, JAPAN - JANUARY 11: Men and women dressed in Kimono and suits attend the Coming of Age Day ceremony outside of Noevir Stadium on January 11, 2016 in Kobe, Japan. The Coming of Age Day is a Japanese national holiday to congratulate and encourage those who have reached the age 20. The Statistics Bureau of Japan announced last month the number of people aged 20 years old, the legal age of adulthood in Japan, reached a record-equal low of 1.21 million, down 50,000 from the previous year. (Photo by Buddhika Weerasinghe/Getty Images)