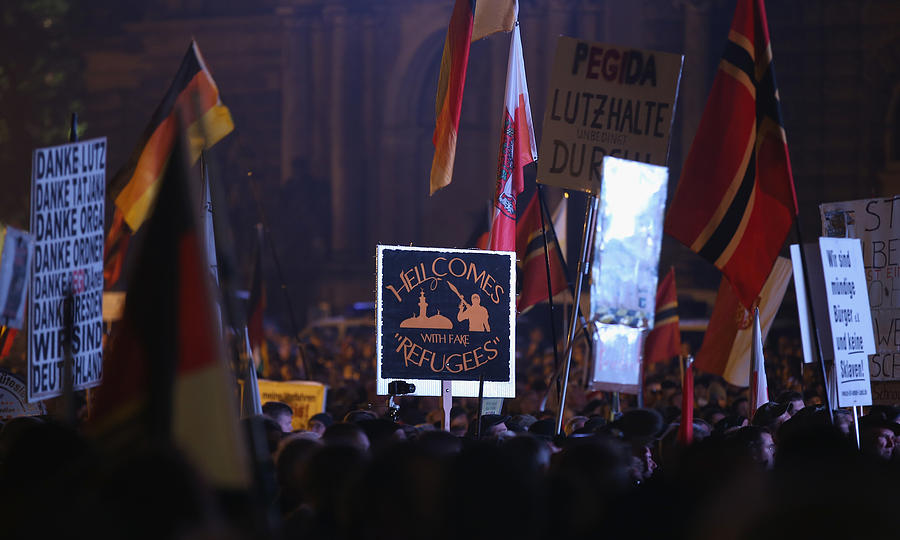 DRESDEN, GERMANY - OCTOBER 19: Supporters of the Pegida movement gather on the first anniversary since the first Pegida march on October 19, 2015 in Dresden, Germany. Pegida is an acronym for 'Patriotische Europaeer Gegen die Islamisierung des Abendlandes,' which translates to 'Patriotic Europeans Against the Islamification of the West,' and has strengthened its following since the surge of migrants and refugees arriving in Germany since August. A movement spokesman is demanding an immediate stop to Germany's admission of migrants and exclusion of all refugees and asylum seekers who are not Christians. Germany is expecting to receive well over one million asylum applicants this year and the challenge of accommodating and integrating so many people is creating divisions in German society that are becoming increasingly radical. (Photo by Sean Gallup/Getty Images)