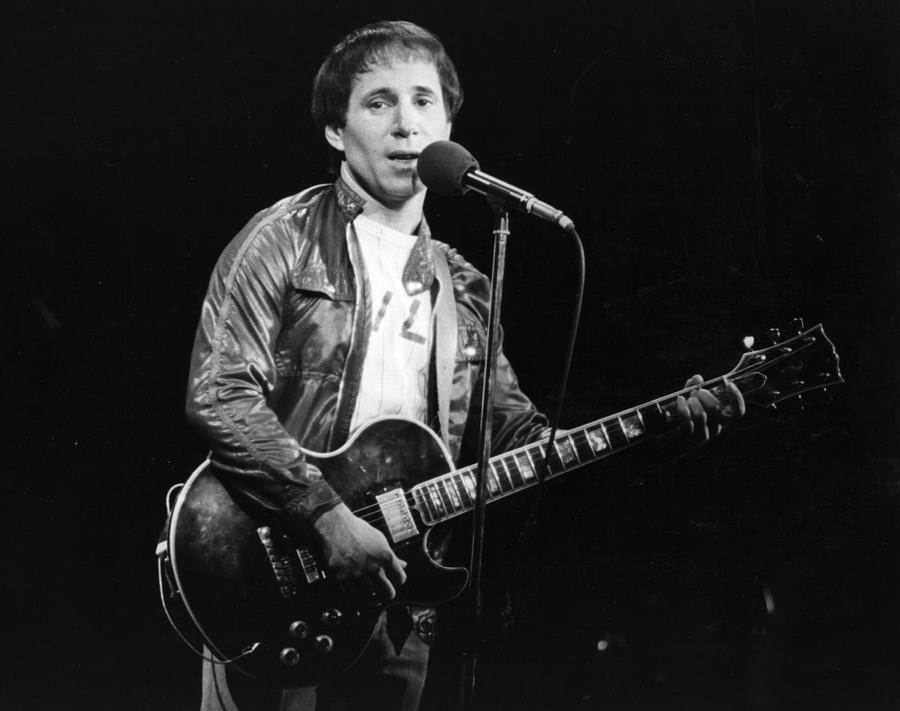 circa 1980: American pop singer and songwriter Paul Simon performing in London, during a series of solo concerts with a backing band and chorus. During the previous four years he was involved in a film, 'One Trick Pony', which he wrote and starred in. He now lives with actress Carrie Fisher, whilst his eight year old son Harper lives nearby in New York with Paul's ex-wife Peggy. (Photo by Keystone/Getty Images)