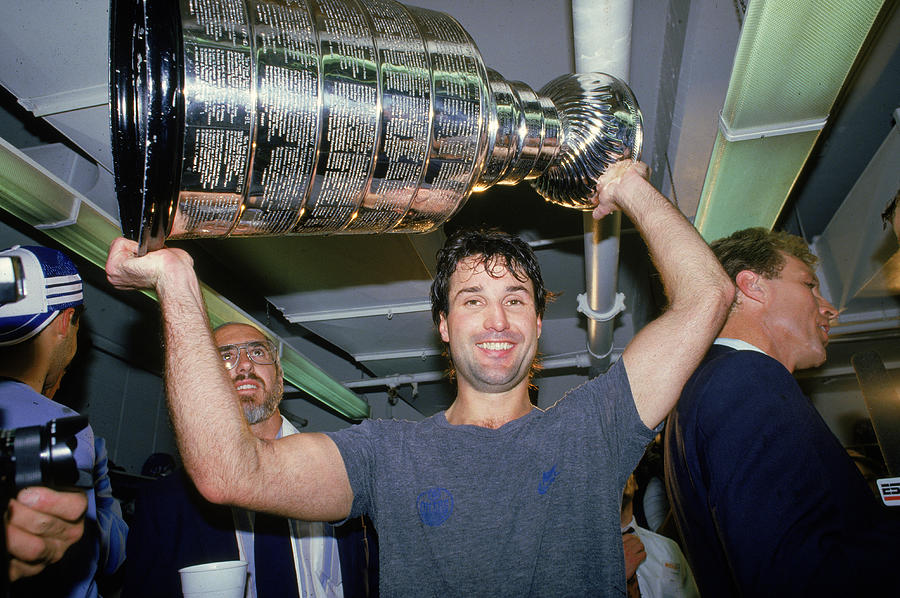 Canadian professional hockey player defenseman Paul Coffey of the Edmonton Oilers hoists the Stanley Cup over his head after the Oilers won game seven of the championships against the Philadelphia Flyers by a score of 3 to 1, May 31, 1987, Edmonton, Alberta, Canada. (Photo by Bruce Bennett Studios via Getty Images/Getty Images)