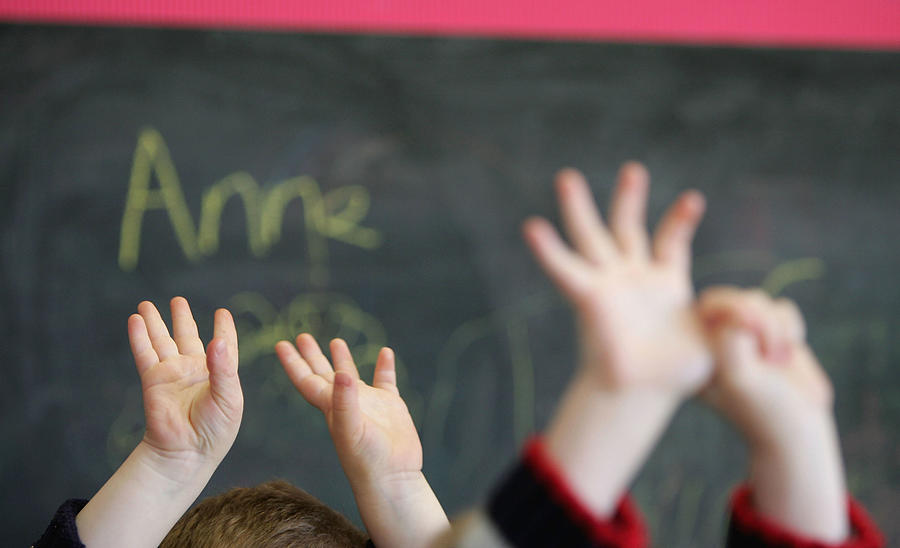 GLASGOW, SCOTLAND - JANUARY 28: Children wave their hands at a private nursery school January 28, 2005 in Glasgow, Scotland. The average price of pre-school care has increased over the past year, sending child care prices to an average of GBP200 in parts of the southeast. Many working parents in the UK have called for pre-school childcare subsidies such as those in France where nearly 100% of three-year-olds are in pre-school education, despite the fact that school attendance is not compulsory until they turn five. (Photo by Christopher Furlong/Getty Images)