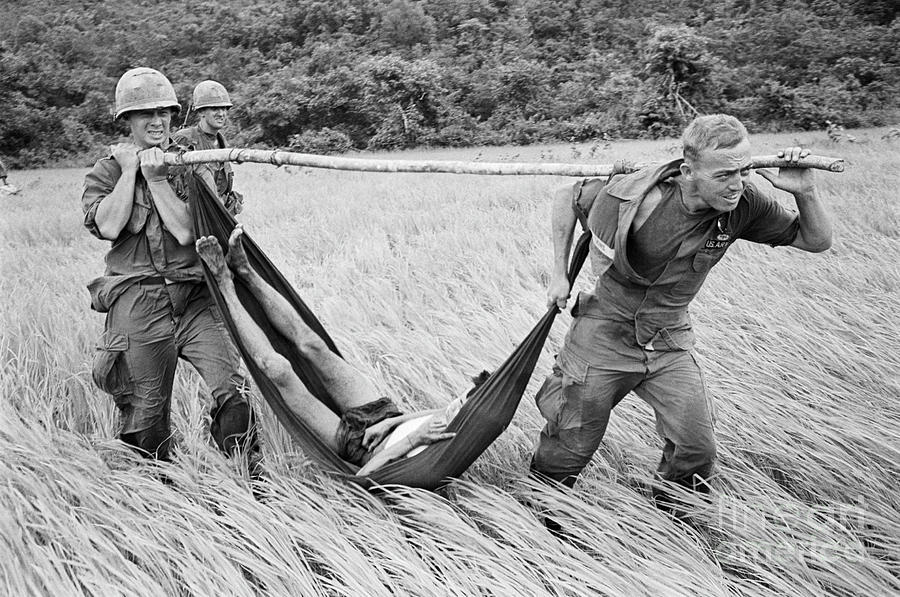 (Original Caption) 9/15/1965-Con River, South Vietnam- Paratroopers of the 101st Airborne rush through grass whipped by rotor wash as they hurry a Viet Cong prisoner to a medical evacuation helicopter. The prisoner was wounded during a fire fight with an American patrol. The action occured during "Operation Cactus," so named because it was expected to be a "prickly affair".