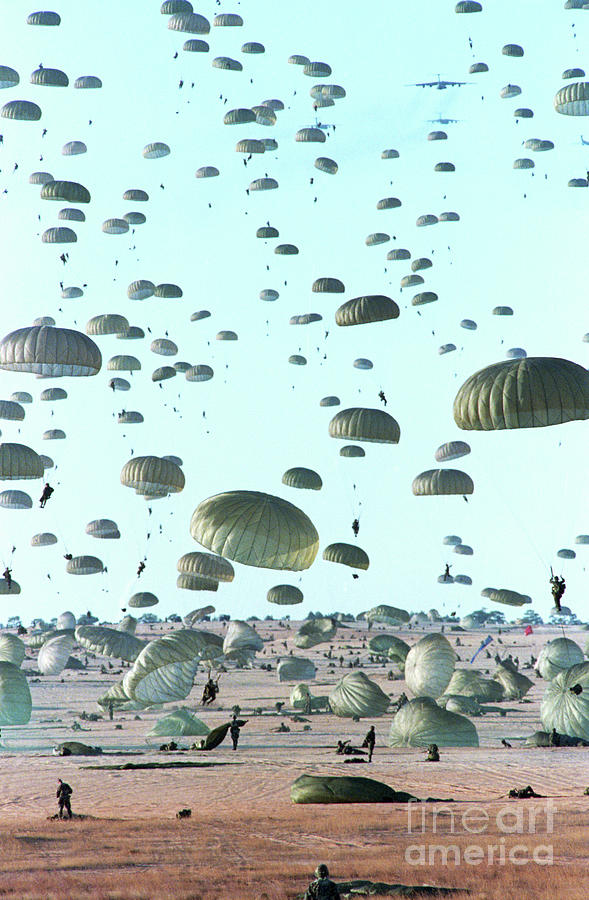 Paratroopers from the 82nd Airborn Division, return to Fort Bragg on January 12, 1990 after the invasion of Panama, December 21, 1989. The invasion of Panama was ordered by U.S. President George Bush. The military were ordered to seize Manuel Noriega to face charges on drug trafficking in the United States. Noriega received refuge from the Vatican embassy in Panama, but surrendered 10 days later to U.S. Army troops on January 3, 1990.