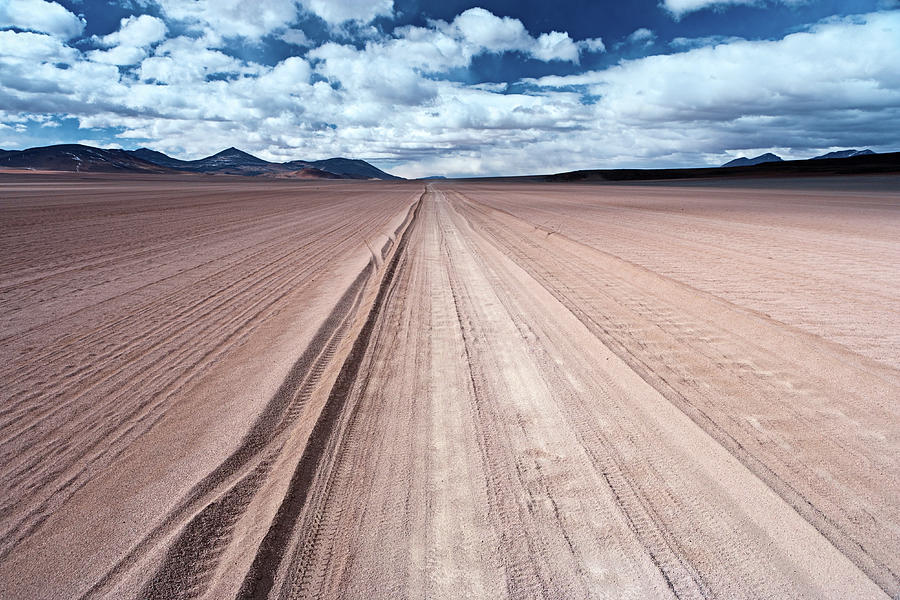 'The Altiplano (Spanish for high plain), in west-central South America, where the Andes are at their widest, is the most extensive area of high plateau on earth outside of Tibet. Lake Titicaca is its best known geographical feature. The Altiplano is an area of inland drainage (endorheism) lying in the central Andes, occupying parts of Northern Chile and Argentina, Western Bolivia and Southern Peru. Its height averages about 3,750 meters (12,300 feet), slightly less than that of Tibet. Unlike the Tibetan Plateau, however, the Altiplano is dominated by massive active volcanoes of the Central Volcanic Zone to the west like Ampato (6288 m), Tutupaca (5816 m), Nevado Sajama (6542 m), Parinacota (6348 m), Guallatiri (6071 m), Cerro Paroma (5728 m), Cerro Uturuncu (6008 m) and Licancabur (5916 m), and the Cordillera Real in the north east with Illampu (6368 m), Huayna Potosi (6088 m), Ancohuma (6427 m) and Illimani (6438 m). The Atacama Desert, one of the driest areas on the whole planet, lies to the southwest of the Altiplano. In contrast, to the east lies the humid Amazon Rainforest.'