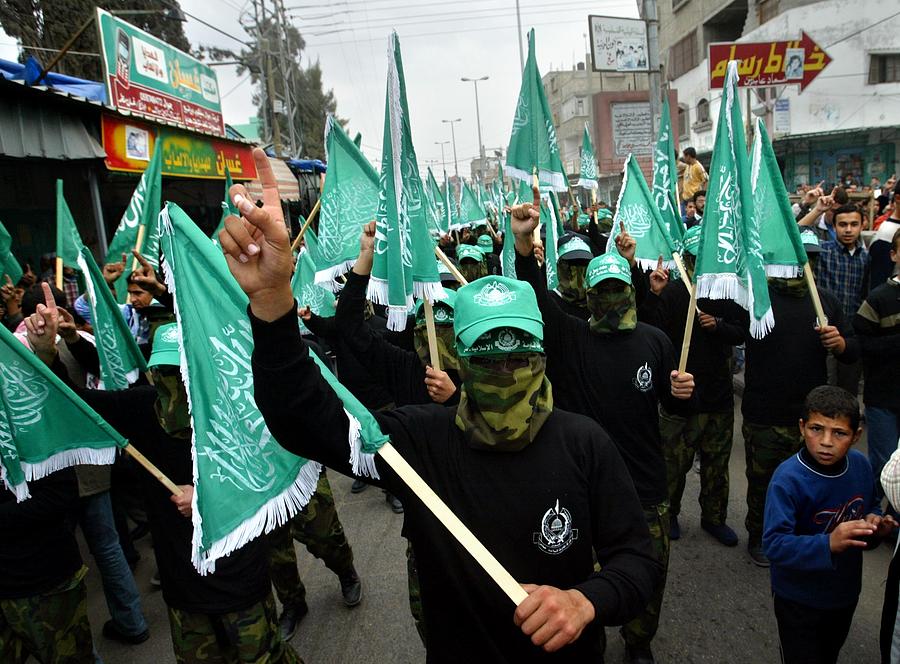 RAFAH REFUGEE CAMP, GAZA STRIP - DECEMBER 14: Masked Palestinian members of the Islamist Hamas movement march during a demonstration in the southern Gaza Strip refugee camp of Rafah December 14, 2003 to mark the 16th anniversary of the creation of their group. Hamas emerged at the start of the first Palestinian uprising against Israeli occupation, or intifada, in 1987. (Photo by Abid Katib/Getty Images)