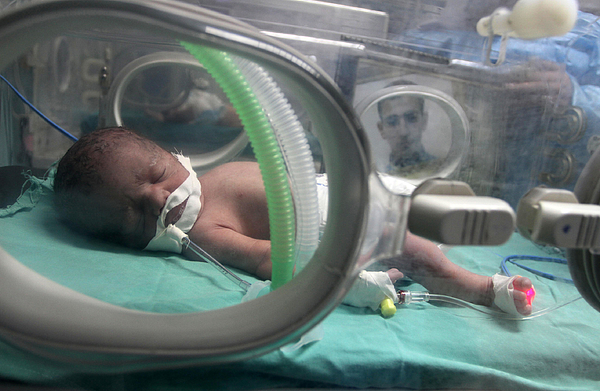 GAZA CITY, GAZA STRIP - JANUARY 25: A Palestinian woman in Gaza Strip gives birth from a pregnancy through the smuggled sperm of her husband, Fahmi Salah, who is currently detained in Israel on January 25, 2014. It is the second time for a Gaza woman to give birth to a child via sperm smuggled by a husband detained by Israel. Israel arrested the husband, Fahmi, in 2008 after raiding the family's home in the northern Gaza Strip. (Photo by Mohammed Asad/Anadolu Agency/Getty Images)