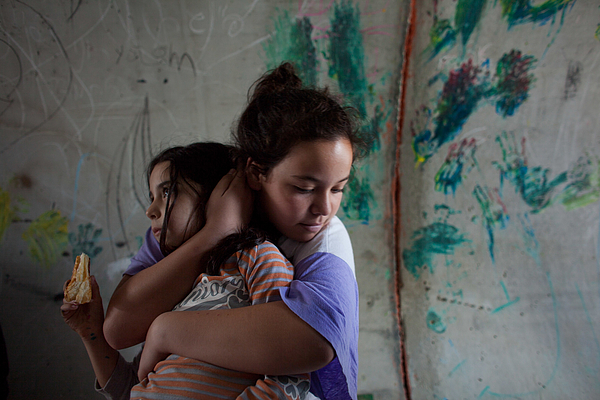 NITZAN, ISRAEL - NOVEMBER 19: (ISRAEL OUT) An Israeli girl holds her sister as they take cover in a large concrete pipe used as a bomb shelter during a rocket attack from the Gaza Strip on November 19, 2012 in Nitzan, Israel. According to reports November 19, 2012, at least 90 Palestinians have been killed and more than 700 wounded during the Israeli offensive in the Gaza Strip. (Photo by Uriel Sinai/Getty Images)

There are no comments for Palestinian Continues To Launch Rocket Attacks On Israeli Towns As Israel Continues Airstrikes On Gaza.   Click here to post the first comment.