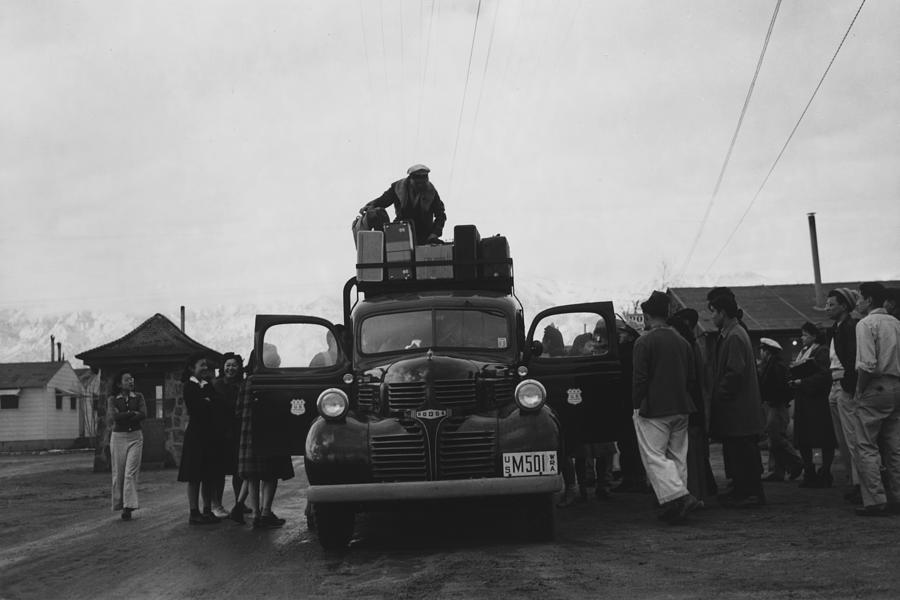 UNITED STATES - CIRCA 1943: Man stands on top of bus loading luggage while a group of people gather to say farewell, guardhouse in the background. Ansel Easton Adams (1902  1984) was an American photographer, best known for his black-and-white photographs of the American West. During part of his career, he was hired by the US Government to record life in the West. (Photo by Buyenlarge/Getty Images)