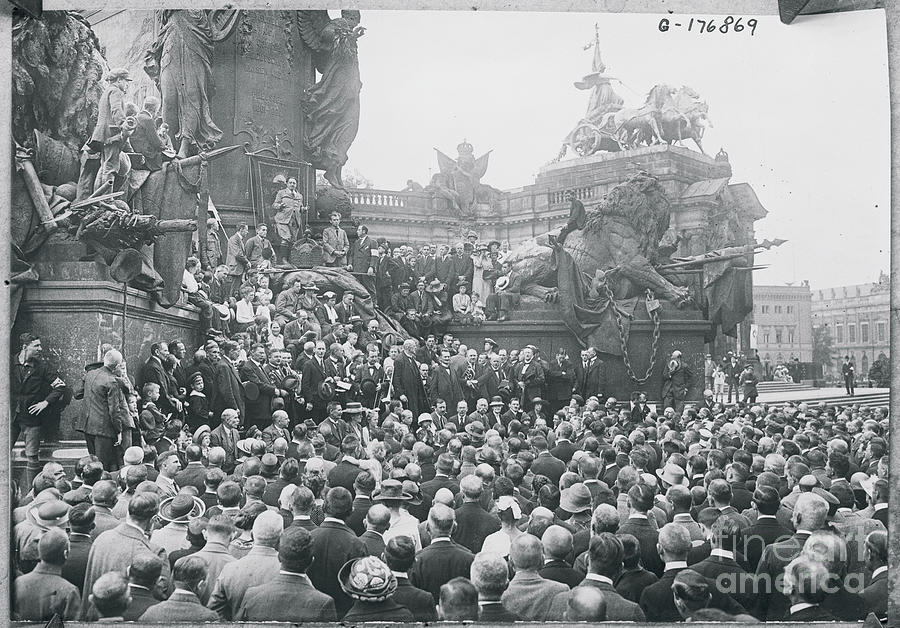 (Original Caption) Monster Pacifist Meeting Held in Berlin. A view of the throngs that crowded the streets of Berlin on August 1, the eighth anniversary of the outbreak of the World War. A huge public pacifist meeting was held in the streets of Berlin, with a hundred thousand people gathering at the famous Lustgarten to attend a meeting and listen to a speech delivered by Alfred Beierle, Germany's most famous speaker. The photo shows the crowds at the Lustgarten meeting, with Beierle speaking on the subject of "no more war."