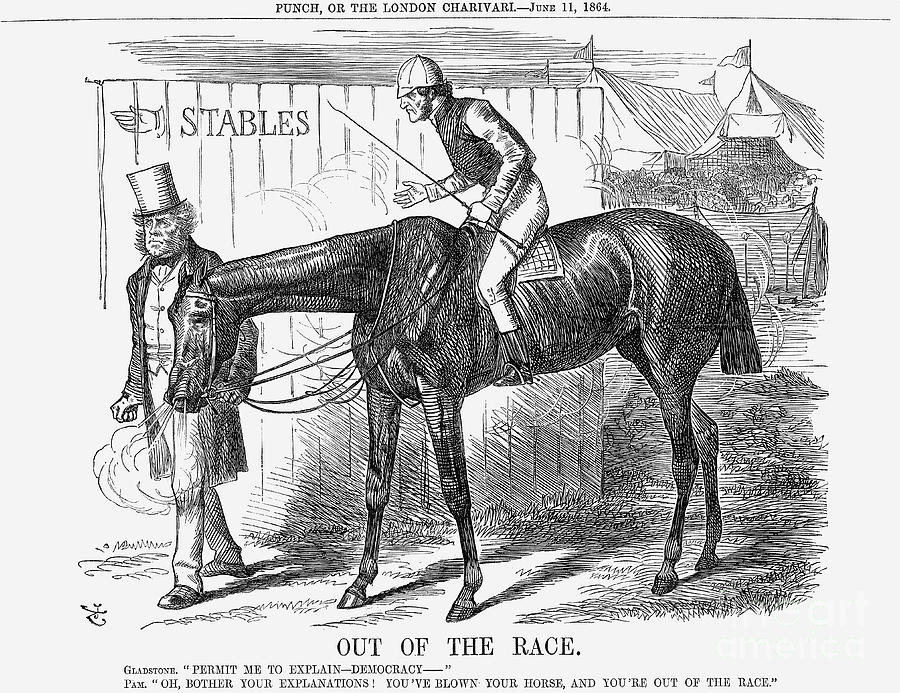 'Out of The Race', 1864. Gladstone says: Permit me to explain - Democracy - Palmerston replies: Oh, bother your explanations! You've blown your horse, and you're out of The Race. Here, an angry Palmerston leads Gladstone back to the stables, his horse having been blown. It is most probable that the race he is 'out of' is the inevitable race to be the next leader of the Liberal Party, given that by now, Palmerston was approaching 80 years of age. In May 1864, the Chancellor of the Exchequer, Mr Gladstone, spoke up in favour of a private member's bill proposing the extension of the borough franchise to £6. This was in spite of the fact that the government opposed the bill and that the PM, Palmerston, had actually requested that Gladstone avoid making any promises on behalf of the government. From Punch, or the London Charivari, June 11, 1864. (Photo by The Cartoon Collector/Print Collector/Getty Images)