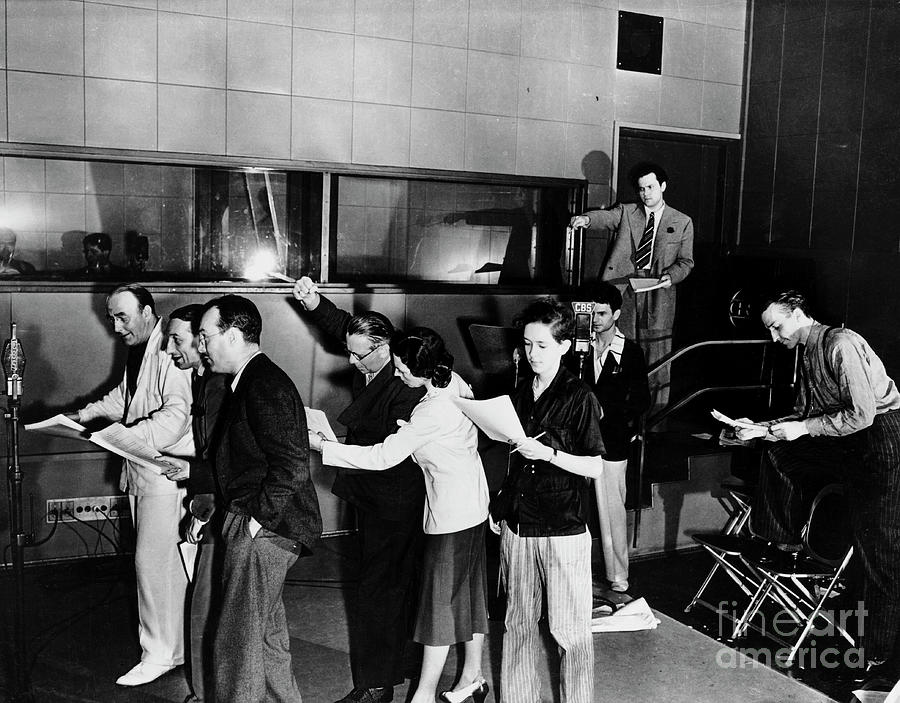 (Original Caption) Orson Welles, guiding genius of the Mercury Theatre of the Air is shown {hands upraised} in action here at a microphone as he directed a rehearsal of one of his radio plays. Last night the realism of Mr Welles and his troupe created a panic all over the U.S. when thousands of sober Americans believed that an army from Mars had invaded New Jersey, spreading death and destruction. The broadcast was a dramatization of H.G. Wells War of the Worlds.