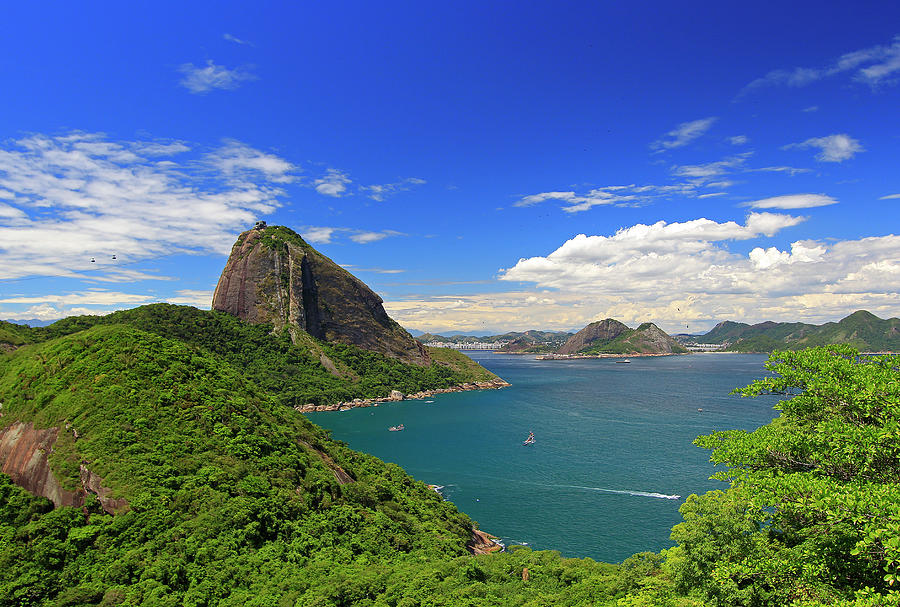 Sugarloaf Mountain (in Portuguese, Pão de Açúcar), is a peak situated in Rio de Janeiro, Brazil, at the mouth of Guanabara Bay on a peninsula that sticks out into the Atlantic Ocean. Rising 396 metres (1,299 ft) above the harbor, its name is said to refer to its resemblance to the traditional shape of concentrated refined loaf sugar. This is an unusual view of the Sugarloaf from the Duque de Caxias Fort, at Leme Beach, and shows the opposite side which is not used to be seen. The blue of the sky, white of the clouds and green of vegetation contrasts with the color of monolithic granite and quartz that rise straight from the water's edge.