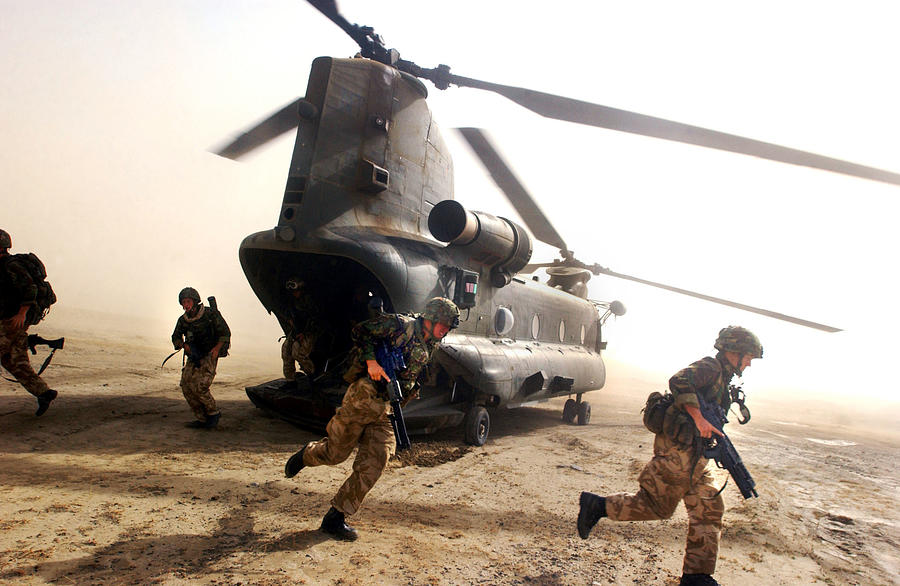 AFGHANISTAN - JULY 8: British Royal Marines of 45 Commando scramble out the back of a Chinook helicopter during an eagle vehicle check point (VCP) operation as part of the ongoing Operation Buzzard July 8, 2002 in southeastern Afghanistan. During VCPs, small groups of marines are dropped quickly by helicopters to search random vehicles on dirt roads and trails near the Pakistan-Afghanistan border to deny al Qaeda and Taliban fighters freedom of movement across the region. (Photo by Scott Nelson/Getty Images)