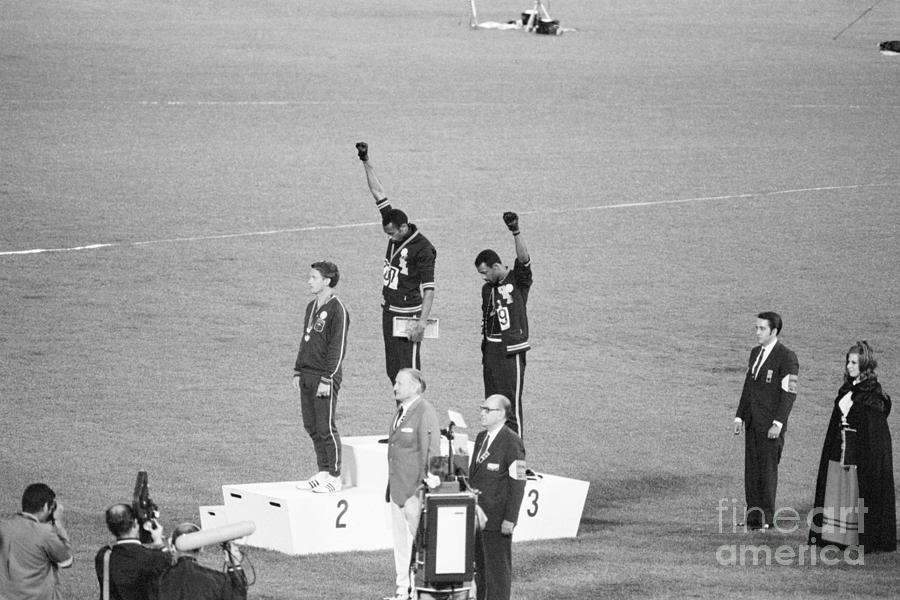 Tommie Smith and John Carlos, gold and bronze medalists in the 200-meter run at the 1968 Olympic Games, engage in a victory stand protest against unfair treatment of blacks in the United States. With heads lowered and black-gloved fists raised in the black power salute, they refuse to recognize the American flag and national anthem. Australian Peter Norman is the silver medalist.