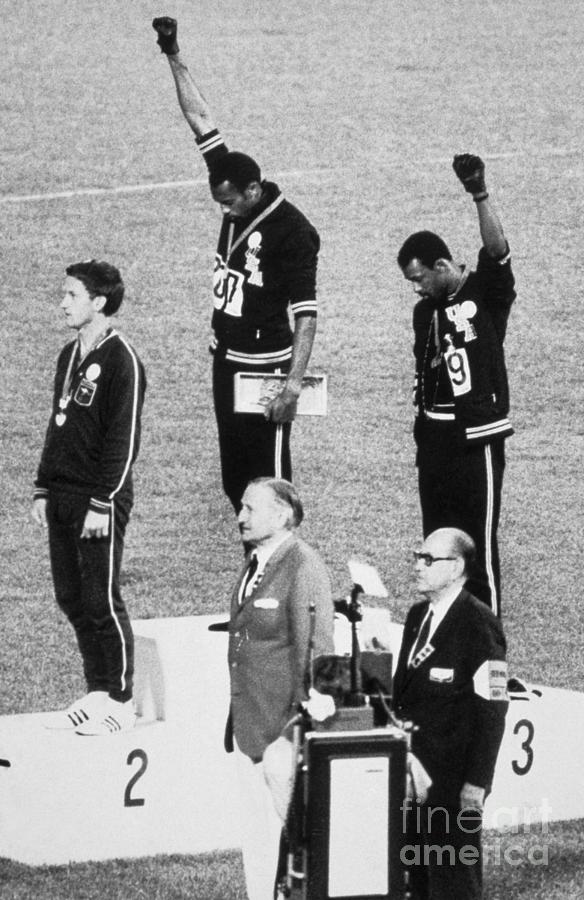 American sprinters Tommie Smith and John Carlos raise their fists and give the Black Power Salute at the 1968 Olympic Games in Mexico City. The move was a symbolic protest against racism in the United States. Smith, the gold medal winner, and Carlos, the bronze medal winner, were subsequently suspended from their team for their actions.