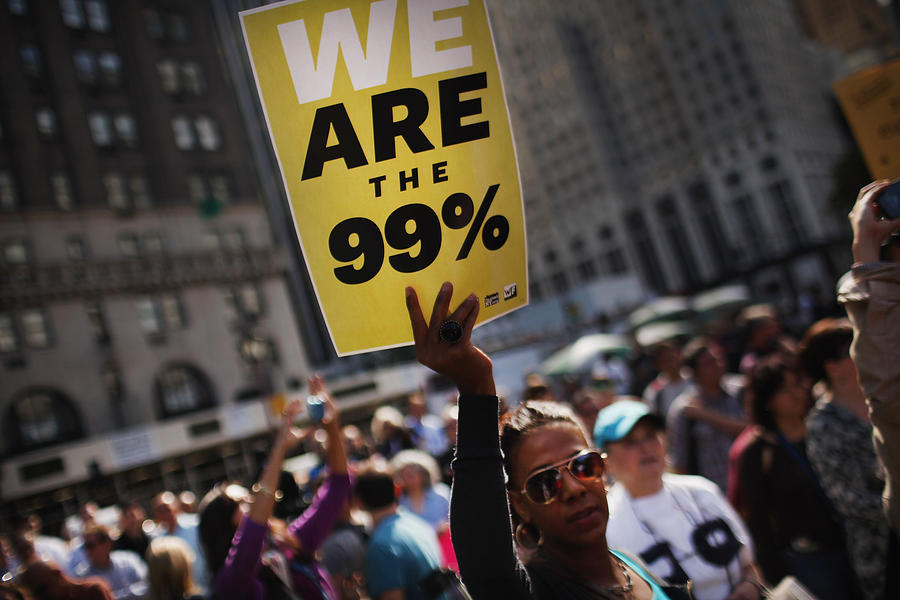 NEW YORK, NY - OCTOBER 11: Protesters with the 'Occupy Wall Street' movement demonstrate before walking up 5th Avenue to rally in front of the residence of NewsCorp CEO Rupert Murdoch on October 11, 2011 in New York City. Hundreds of activists marched along 5th avenue and Park Avenue stopping in front of the buildings where prominent heads of major business and financial institutions live. Many of the 'Occupy Wall Street' demonstrations have been living in Zuccotti Park in the Financial District near Wall Street. The activists have been gradually converging on the financial district over the past three weeks to rally against the influence of corporate money in politics among a host of other issues. The protests have begun to attract the attention of major unions and religious groups as the movement continues to grow in influence. (Photo by Spencer Platt/Getty Images)