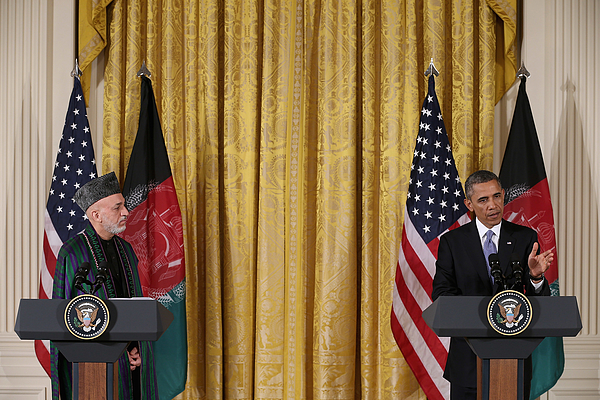 WASHINGTON, DC - JANUARY 11: Afghanistan President Hamid Karzai (L) and U.S. President Barack Obama hold a joint news conference in the East Room of the White House January 11, 2013 in Washington, DC. Karzai is in Washington for face-to-face meetings with Obama and senior members of his administration about the future of American commitment to Afghanistan and when troops may leave the country after more than 10 years of war. (Photo by Chip Somodevilla/Getty Images)