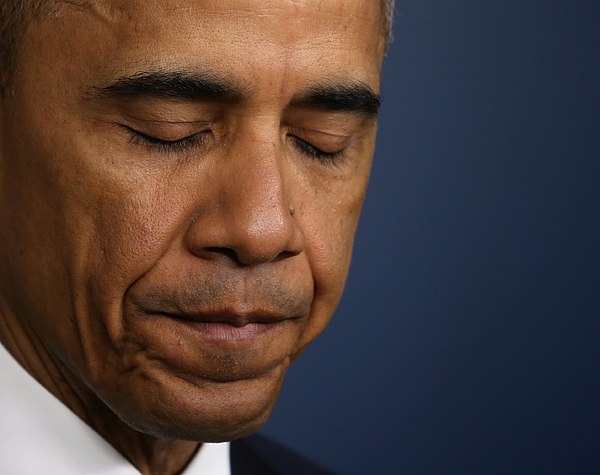 WASHINGTON, DC - APRIL 23: US President Barack Obama makes a statement in the Brady Briefing room at the White House April 23, 2015 in Washington, DC. President Obama talked about a US drone strike that targeted a suspected al Qaeda compound in Pakistan but inadvertently killed an American and Italian being held hostage by the group. (Photo by Mark Wilson/Getty Images)

There are no comments for Obama Addresses Drone Strike On Al Qaeda In Pakistan That Killed American And Italian Hostage.   Click here to post the first comment.