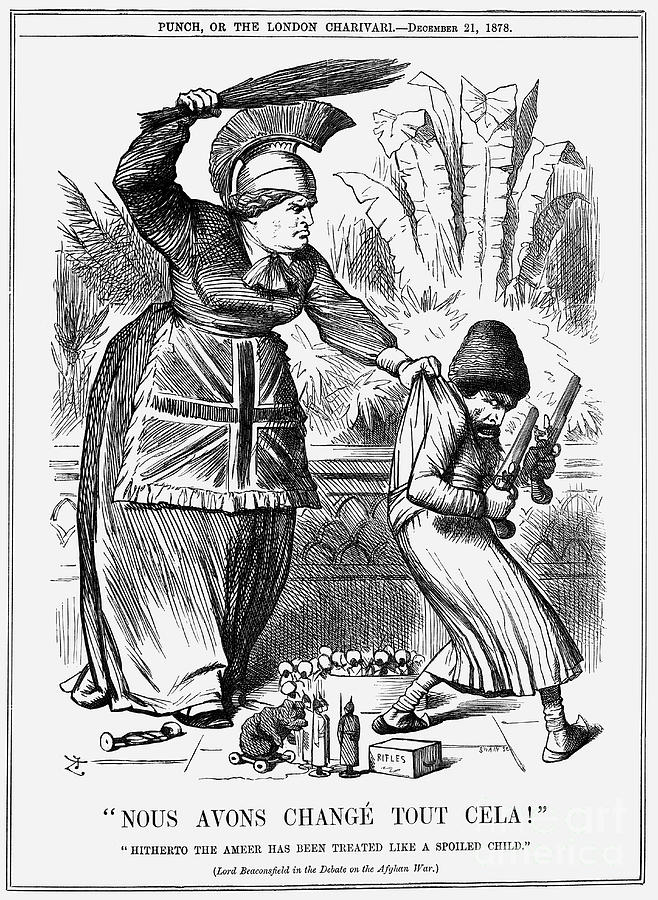 Nous avons change tout cela!, (We've changed all that!), 1878. Britannia, wearing a Union Jack apron, brandishes a bunch of twigs above her head, ready to beat the Ameer of Afghanistan who is holding two pistols. He is depicted in a rather xenophobic way as a cowering foreigner. The toy soldiers and a box of rifles he has been playing with lie on the ground, with a bear representing Russia. A quote below from Lord Beaconsfield (Benjamin Disraeli) says that 'hitherto the Ameer has been treated like a spoiled child'. This refers to the fact that during the second Afghan War, British forces had advanced into Afghanistan and the Ameer fled from Kabul. From Punch, or the London Charivari, December 21, 1878. (Photo by The Cartoon Collector/Print Collector/Getty Images)