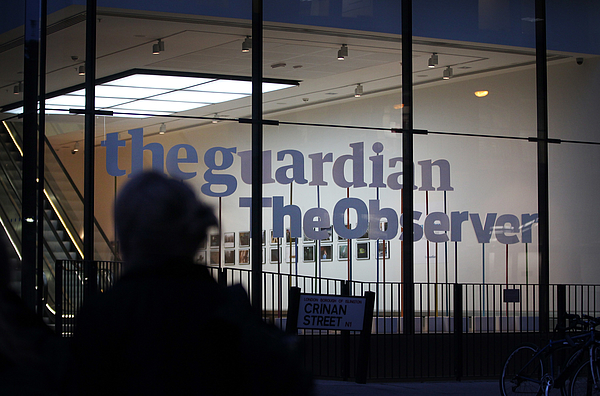 LONDON, ENGLAND - DECEMBER 12: A general view of the Guardian and Observer newspaper's office, situated near King's Cross on December 12, 2011 in London, England. The Guardian has lead press coverage of the phone hacking story. The Leveson inquiry is being lead by Lord Justice Leveson and is looking into the culture, practice and ethics of the press in the United Kingdom. The inquiry, which will take evidence from interested parties and may take a year or more to complete, comes in the wake of the phone hacking scandal that saw the closure of The News of The World newspaper. (Photo by Peter Macdiarmid/Getty Images)