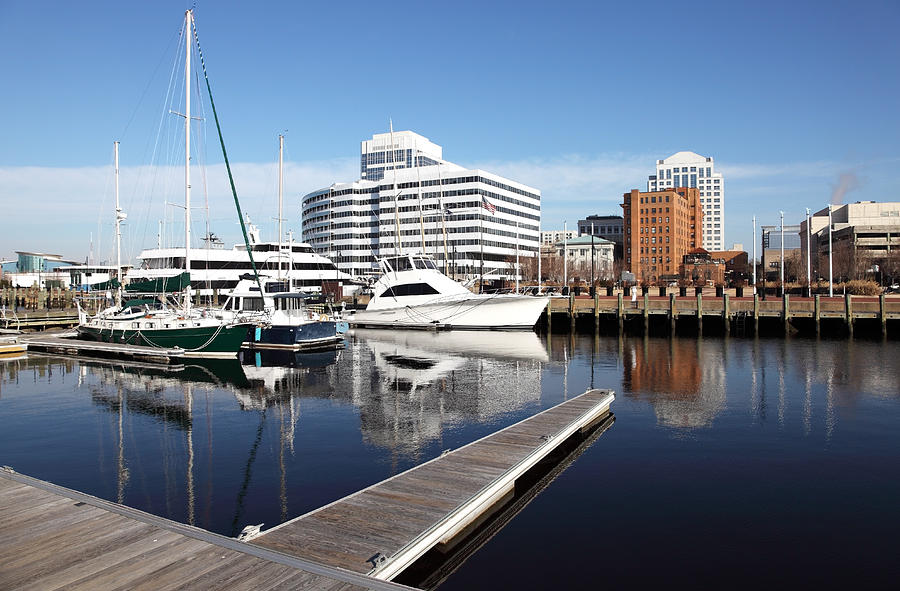 Norfolk Virginia waterfront on the banks of Chesapeake Bay. Norfolk is an independent city in the Commonwealth of Virginia in the United States. Norfolk is in the metro area called Hampton Roads. Norfolk is known for its coffee houses and breweries, world’s largest Naval base, museums, and beaches