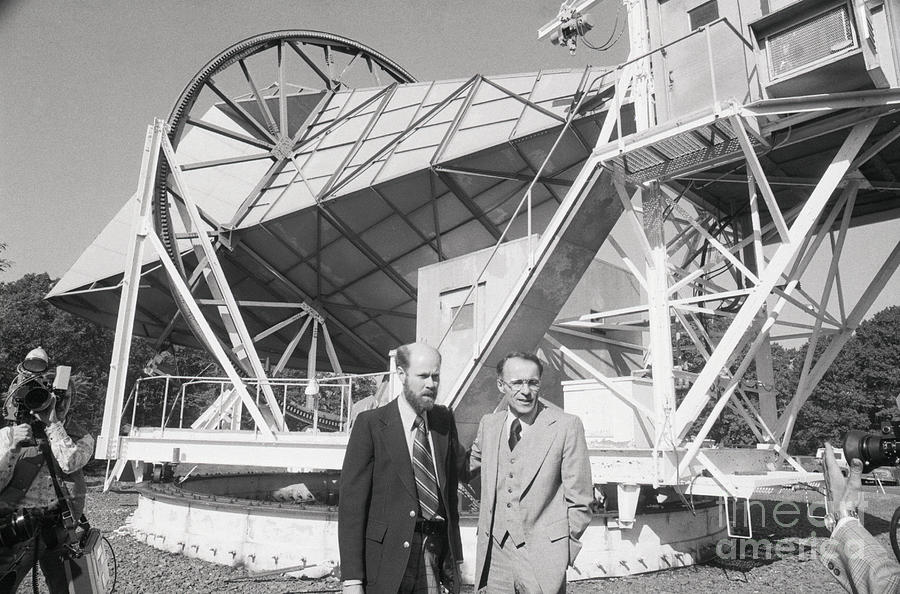 (Original Caption) 10/17/1978-Holmdel, NJ: Drs. Robert W. Wilson (l) and Arno A. Penzias of Bell Laboratories, who championed the "big bang" theory of how the universe was created and who share the 1978 Nobel Prize for Physics, stand in front of the sensitive radio astronomy antenna used to conduct research in radio astronomy and satellite communications, here 10/17. They will share the prize with Soviet scientist Piotr Leontevitch Kapitsa, who refused to work on the atomic bomb for Josef Stalin because of moral objections nd was placed under house arrest.