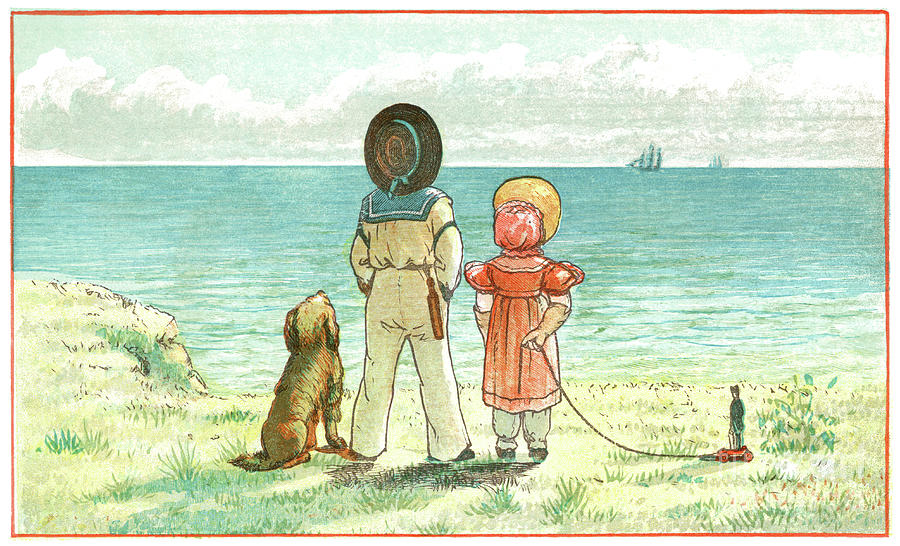 Two little Victorian children gazing out to sea from a cliff top. Has is wearing his best sailor suit and is accompanied by his faithful dog, while she is dragging a wheeled soldier toy. As they are watching the sailing ships on the horizon, perhaps their father is in one of them. From “The May Blossom; or The Princess and Her People” illustrated by HH Emmerson, engraved and printed by Dalziel Brothers and published by Frederick Warne & Co, London, in 1881. The book contains illustrated verses “…concerning the Princess Victoria…” who was the daughter of the Prince of Wales, who became King Edward VII in 1901.