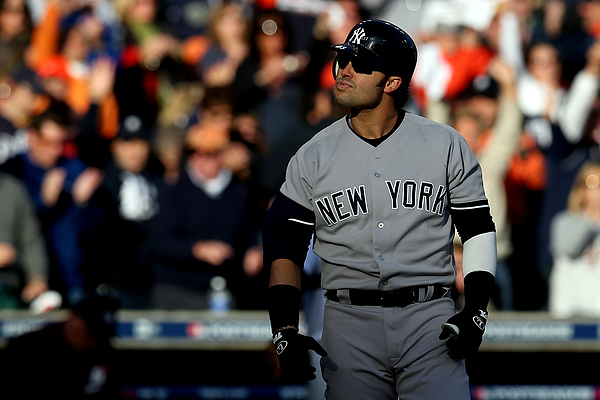 DETROIT, MI - OCTOBER 18: Nick Swisher #33 of the New York Yankees looks on after he struck out against the Detroit Tigers during game four of the American League Championship Series at Comerica Park on October 18, 2012 in Detroit, Michigan. (Photo by Jonathan Daniel/Getty Images)