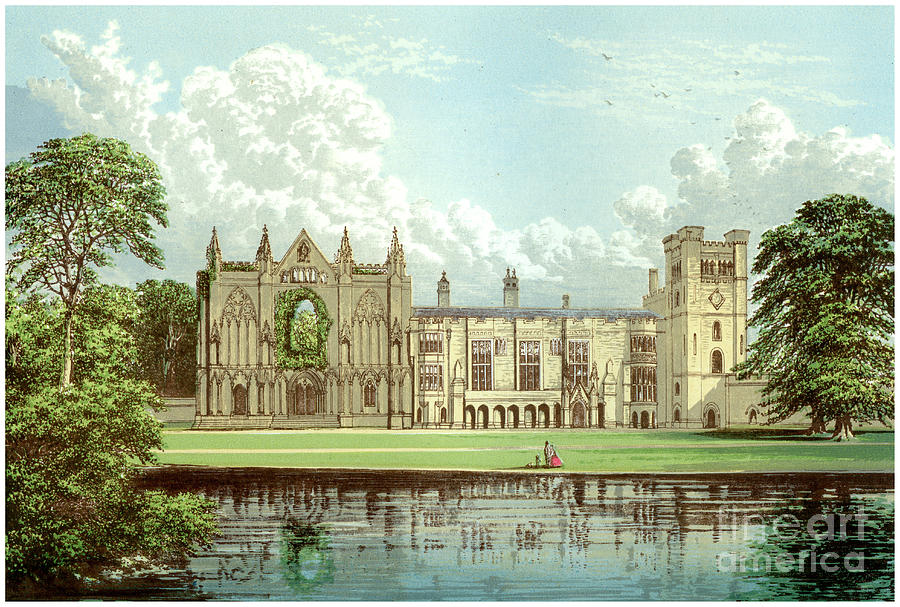 Newstead Abbey, Nottinghamshire, home of the Webb family, c1880. A former Augustinian priory closed by the Dissolution of the Monasteries, Newstead Abbey was the ancestral home of Lord Byron. Byron sold the house in 1817 and it was bought by William Frederick Webb in 1861. A print from A Series of Picturesque Views of Seats of the Noblemen and Gentlemen of Great Britain and Ireland, edited by Reverend FO Morris, Volume I, William Mackenzie, London, c1880. Wood-engraved plates after paintings by Benjamin Fawcett and Alexander Francis Lydon. (Photo by The Print Collector/Print Collector/Getty Images)