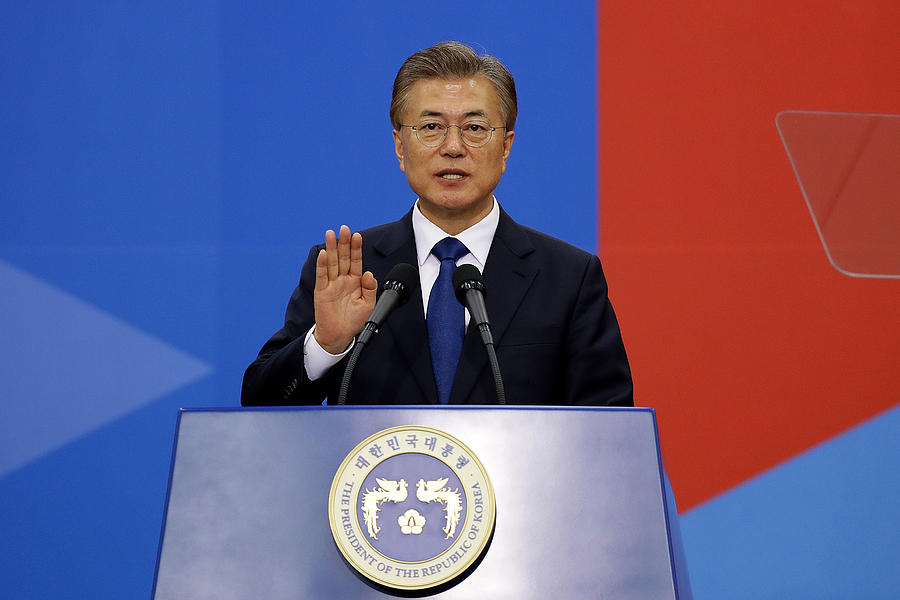 SEOUL, SOUTH KOREA - MAY 10: South Korea's new President Moon Jae-In takes the oath during his presidential inauguration ceremony at National Assembly on May 10, 2017 in Seoul, South Korea. Moon Jae-in of Democratic Party, was elected as the new president of South Korea in the election held on May 9. (Photo by Chung Sung-Jun/Getty Images)