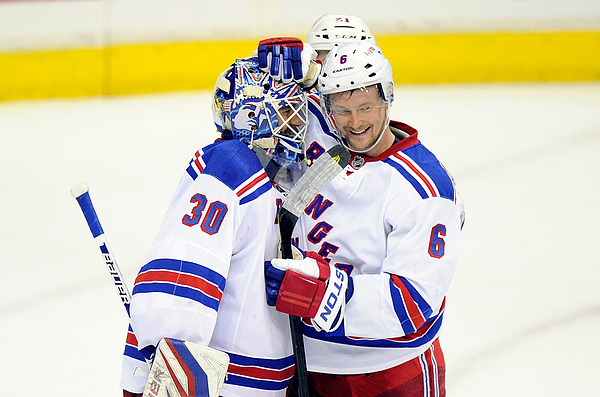 WASHINGTON, DC - MAY 13: Henrik Lundqvist #30 of the New York Rangers celebrates with Anton Stralman #6 after a 5-0 victory against the Washington Capitals in Game Seven of the Eastern Conference Quarterfinals during the 2013 NHL Stanley Cup Playoffs at the Verizon Center on May 13, 2013 in Washington, DC. (Photo by Greg Fiume/Getty Images)