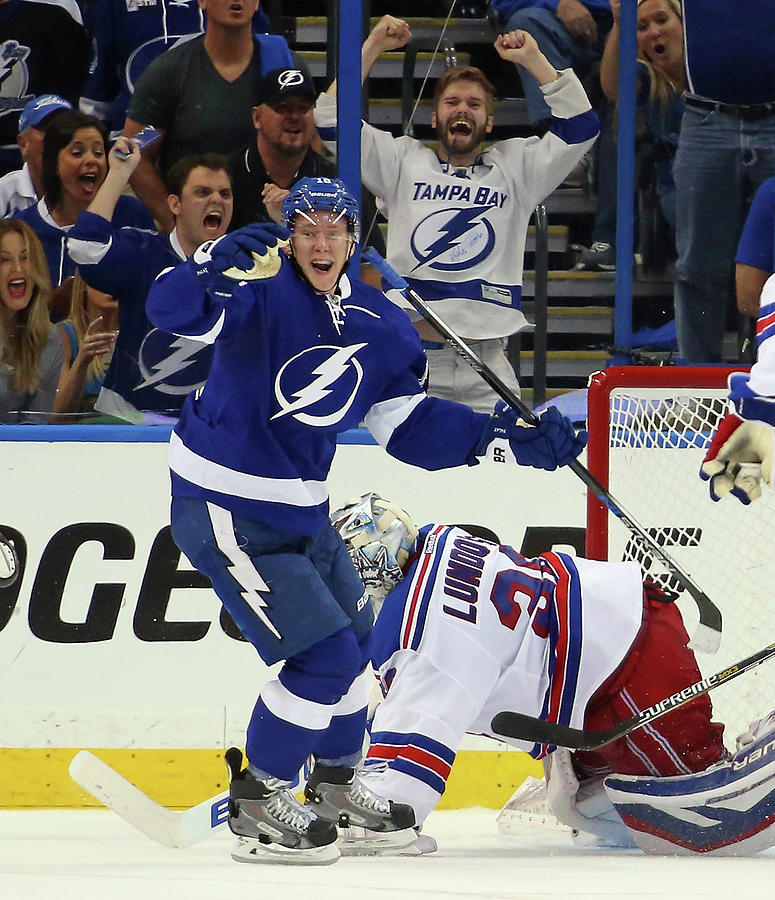 TAMPA, FL - MAY 20: Ondrej Palat #18 of the Tampa Bay Lightning celebrates after scoring a goal in the third period against Henrik Lundqvist #30 of the New York Rangers during Game Three of the Eastern Conference Finals during the 2015 NHL Stanley Cup Playoffs at Amalie Arena on May 20, 2015 in Tampa, Florida. (Photo by Bruce Bennett/Getty Images)