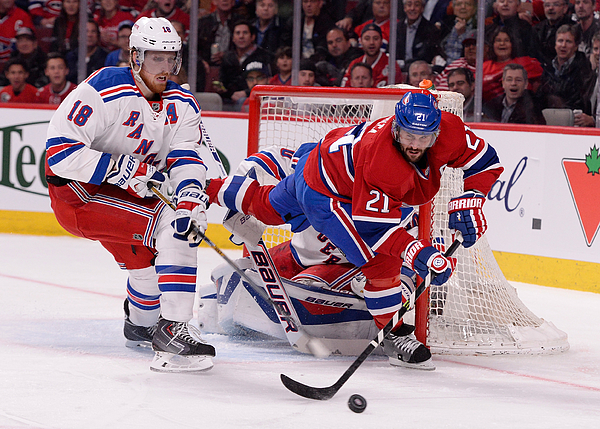 MONTREAL, QC - MAY 27: Marc Staal #18 of the New York Rangers and Brian Gionta #21 of the Montreal Canadiens battle for the puck in front of the net during Game Five of the Eastern Conference Final in the 2014 NHL Stanley Cup Playoffs at Bell Centre on May 27, 2014 in Montreal, Canada. (Photo by Richard Wolowicz/Getty Images)