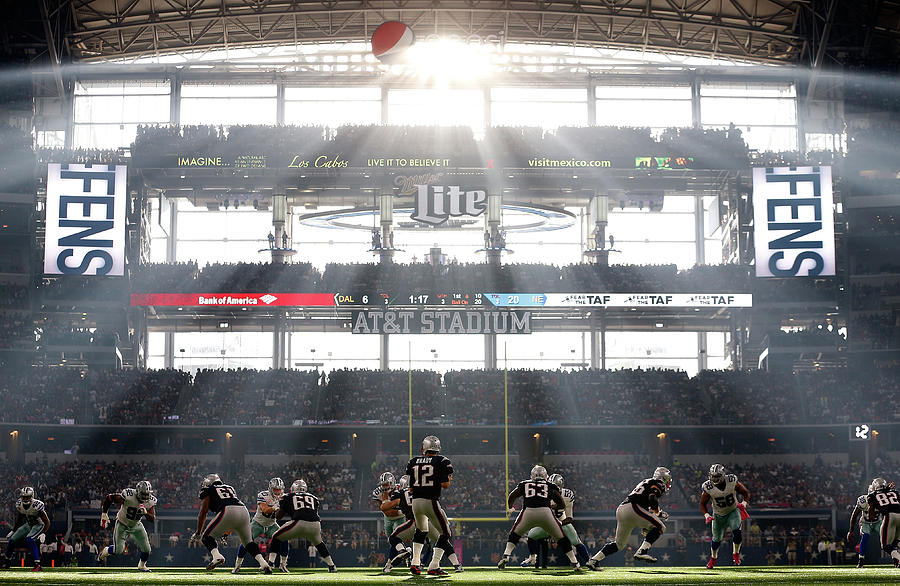 ARLINGTON, TX - OCTOBER 11: Quarterback Tom Brady #12 of the New England Patriots drops back to pass during the second half of the NFL game against the Dallas Cowboys at AT&T Stadium on October 11, 2015 in Arlington, Texas. The Patriots defeated the Cowboys 30-6. (Photo by Christian Petersen/Getty Images)